The steely green pearls that comprise Gunpowder tea are […]

The steely green pearls that comprise Gunpowder tea aren't all as malevolent as their name would have you believe. The small rolled balls take their name—according to common legend—from soldiers' and sailors' belief that it resembled their own ammunition's gunpowder. Though the tea pearls do unfurl on immersion in water, it's unlikely a cup will cause you any friendly fire.

The tea, whose style originates in the Zhejiang province of China (where it is called zhu cha), is a heat-dried green tea whose modern-day drying process contributes to its pelletized shape. (Earlier forms of Gunpowder were hand-rolled, but nowadays this is mostly a machine's job.) When selecting this often pungent tea, you'll want to look for smaller, more shimmery pellets, indicating that younger and more tender leaves were at the origin of the production process.

Though Gunpowder production centers in China, Taiwan and also Sri Lanka, its export is far and wide, particularly as a component ingredient in Moroccan mint teas, where it is combined with peppermint and spearmint leaves.

Steeped on its own, however, Gunpowder elicits a range of—dare I say—masculine flavor notes, the Imperial Pinhead style we tried had an intense cigarette-waft smokiness in the scent, with a leathery-nutty-breadlike bent to the earthy, full-bodied cup, a little astringent and sweet on the finish. Unlike other green teas, Gunpowder's liquor is a rich honey-amber color, which only just begins to hint at the unusual flavors within.

How to Brew Gunpowder Green Tea
Vessel: As for any rolled tea, you'll want a vessel that can easily accommodate the leaves' need to expand as they unfurl, so trying to cram this stuff into a teabag or tiny metal ball would be somewhat disrespectful. We steeped ours in a gaiwan, though many people seem to enjoy the visual show of watching the leaves expand in see-through teapots as well.

Dose: Approximately 1 teaspoon per 6 to 8 ounces of water. Keep in mind what looks small before infusion will practically fill your vessel by the time the pearls unroll.

Time: Add to preheated vessel and steep for 2 minutes—you may prefer longer.

Gunpowder tea takes well to reinfusions, which will take you through different dimensions of the tea on subsequent steepings. 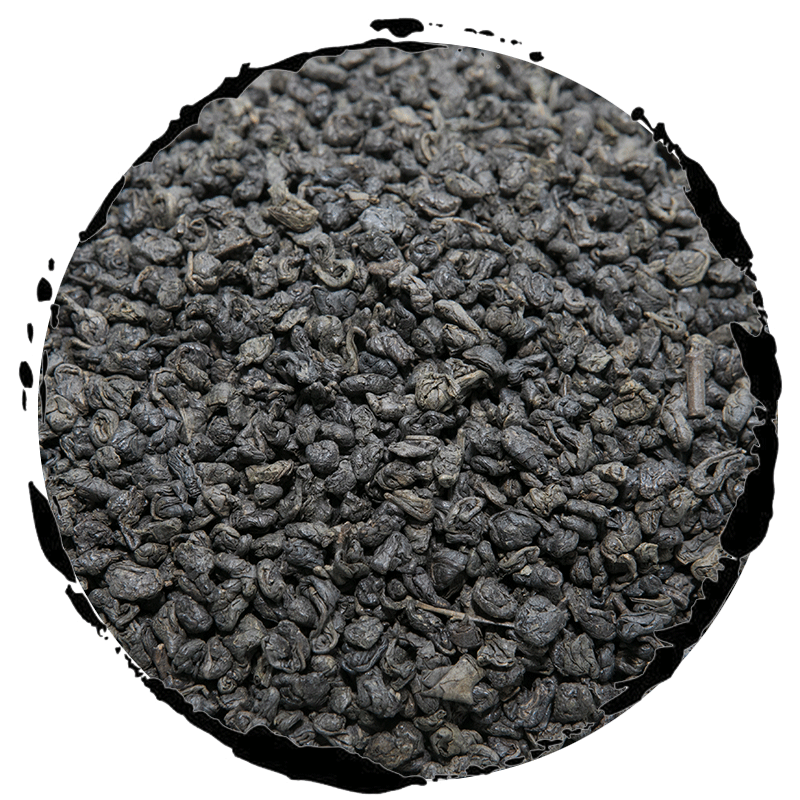